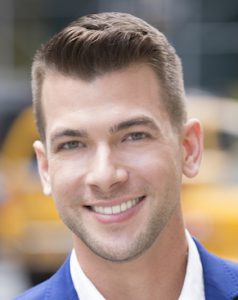 WNJU Telemundo 47 has hired Carlos McConnie to be co-host of the station’s local 10 am entertainment show “Acceso Total.”

He began his television career as an MTV Puerto Rico host, before becoming an on-air VJ for “Jangueo TV” on WAPA. He went on to co-host “Flashazo VIP” at Univision Puerto Rico, before making his move to the U.S.