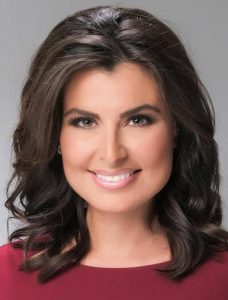 She landed the new job after the Phoenix station did not renew her contract.

Ruiz joined KPNX in 2015 as primetime anchor, but was moved to 4 pm in April of this year. She’ll continue to anchor that time slot until her departure in mid-July.

After a brief break, she’ll start at ASU on August 1, where she’ll also help lead Spanish-language newscast Cronkite Noticias and create original productions, as well as anchor at Arizona PBS.

“After 17 years in the commercial TV news industry, everything aligned for a change and it’s one I am thrilled about,” Ruiz tells Media Moves.

“With this new opportunity at Cronkite, I will be… working with students, guiding, mentoring, and preparing them to be future journalists, at a time when we need them and thorough, objective journalism, more than ever…. I am actually getting the best of both worlds – teaching, mentoring and working in journalism at one of the best and most prestigious journalism schools in the country, while continuing to be on-air.”

Ruiz endured some viewer backlash and criticism shortly after arriving at the station, for correctly pronouncing Spanish names on-air. But she also got a lot of support for sticking her ground, including from station management at the time, as well as from the Latino community.

“The pronunciation ‘controversy,’ if you want to call it that, was something that was completely unexpected. But I believe, in the end, it served a more positive purpose than a negative one,” she says. “I was only being true to who I am, as I like to say – part of the 200%: 100% American and 100% Latina, and very proud about that! Some people may have taken it as me being condescending towards them, but that was never the case or the intention. I have no regrets and, again, will look back at this experience – despite the challenges – as a positive one, primarily because of the support of our viewers, the community and my wonderful colleagues.”

She says moving to Phoenix and working at KPNX gave her an “opportunity to experience unforgettable things.”

Before joining KPNX, Ruiz was a reporter at KNBC in Los Angeles. She previously spent three years as a Miami-based news anchor and correspondent for TV Martí Noticias and worked at Miami Fox affiliate WSVN as a reporter from 2005 to 2011.

She started her broadcast career at Telemundo as an assignment desk editor, working her way up to an anchor for Telemundo International.