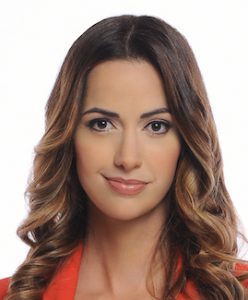 Paulina Sodi has been bumped up from local to network news anchor at Telemundo, joining morning show “Un Nuevo Día.”

Sodi had been anchor and reporter at Telemundo Houston since August 2013. She will replace Vanessa Hauc as news anchor for the morning program.

Sodi’s last day at Telemundo Houston was Friday, June 2. She is set to start her new role on Friday.

Before Telemundo Houston, Sodi worked in Mexico City as anchor for TV Azteca’s “Proyecto 40” and contributed to the production of documentaries and special investigative stories for 7 years. She previously anchored at Radio 13 Noticias and Grupo Imagen Radio, while also writing for Diario La Razón, Reforma and El Universal newspapers.