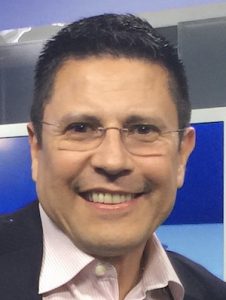 Sergio Urquidi has moved to San Diego to start a new job at Entravision’s Univision affiliate.

He’ll be co-anchoring the 6 pm newscast with Claudia Rodríguez, staring July 3. That’s the same day Telemundo will kick off its new O&O newscasts under the Telemundo 20 San Diego banner.

Urquidi spent almost four years at Univision Phoenix until January of this year, when station management let him go after deciding not to renew his contract.

He previously worked at Univision Network as a weekend news anchor from 1997 to 2009.