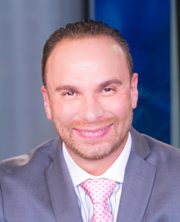 Four months after reports surfaced that Fox News contributor Tamara N. Holder settled a sexual harassment complaint against Fox News Latino VP Francisco Cortés for $2.5 million, the former company executive is firing back with a multi-million dollar lawsuit of his own.

Cortés, who ran Fox News Latino until it was shut down in December of last year, today filed a $48 million-dollar lawsuit against Fox for fraud, conspiracy to commit fraud, breach of contract, intentional interference with contractual relations, defamation, libel and slander.

In the complaint, Cortes alleges his relationship with Holder, his accuser, was consensual and that Fox used him as a “scapegoat” to show the company aggressively handles accusations of sexual harassment.

He claims his reputation was ruined, “irreparably damaging his career opportunities” and that Holder and Fox violated a non-disparagement provision of the agreement he signed when Holder spoke to the New York Times and then released a negotiated joint statement with Fox regarding the sexual harassment allegations and settlement.

He is seeking $12 million in damages and $36 million in punitive damages.

A Fox News spokesperson says “the allegations in this lawsuit are frivolous and without merit.”

You can read more details of the claims in the lawsuit in my story on Forbes.