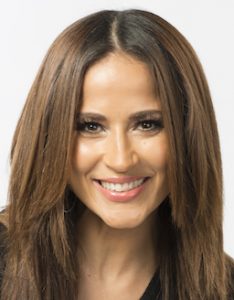 “Primer Impacto” weather anchor Jackie Guerrido is getting her own radio show.

The show will air Monday to Friday from 3:00 p.m. to 7:00 pm and will include co-hosts Tony Banana and sidekick “El Primo.”

“El Jangueo” is billed as a “fun-filled” banter and music interactive show that will seek to engage audiences via social media with giveaways.

This will mark a return to radio and WRTO for Guerrido, who was part of New York’s “El Vacilón de la Mañana,” before moving to Miami to join HBC Radio. She eventually landed her own show on WRTO 98.3 FM.

She left radio to pursue a television career, joining Univision 23’s morning show and “Despierta América” before moving to her current role at “Primer Impacto.”