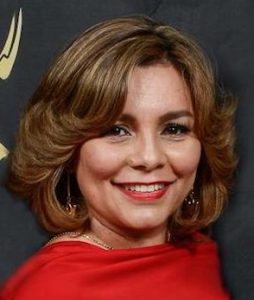 She’s moving to Los Angeles, where she’ll be promoted to Assistant News Director at KVEA – the position left vacant in April by Rossyris Silva, who is now VP of News at KSTS and her current boss.

She starts at KVEA on Wednesday, August 2.

Prior to her arrival in the U.S, she worked as Public Relations and Communications Advisor for the Colombian government.