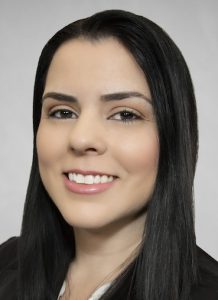 Rossyris Silva has been promoted within the Telemundo Station Group.

She has been upped from Assistant News Director at KVEA 52 in Los Angeles to VP of News at KSTS Telemundo 48 in San Jose.

Silva once again takes over a position left vacant by Freddy Oldenburg, who moved to Dallas to replace Sandra Thomas as VP of News at KXTX.

Silva previously stepped into Oldenburg’s role as Assistant News Director at KVEA when he moved back to KSTS in 2014.

In her new role, Silva will oversee the news department and the station’s local newscasts, as well as other local productions across multiple media platforms.

She leaves her current job at KVEA this Friday, April 28, and starts at KSTS on May 8.

Prior to joining Telemundo as an Executive Producer at KVEA in 2013, she spent 10 years as a news producer for Univision network.