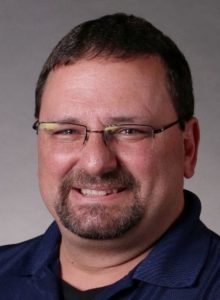 No word yet on his Dallas replacement.

The move comes less than 5 months after Univision executed a round of nation-wide station layoffs that included the elimination of the news director position at WLTV 23 in Miami as part of the cuts.

At the time, Chris Peña, SVP News of Local Media took over News Director Roberto Vizcón’s role. It was considered to be a cost-saving measure, since he is based in the company’s Miami news hub and could potentially run both the local station newscast as well as oversee news operations across the country. But that has apparently changed since then.

Belilty has held management positions at Univision since joining the company in 1999. Prior to joining KUVN Univision Dallas as News Director in January of 2014, he was News Director at KWEX Univision San Antonio for over 6 years. He started at KFTV-TV Univision Fresno as Creative Services Director, before leaving the station as News Director news director almost 9 years later.

He previously worked at Radio Caracas Television in his native Venezuela.