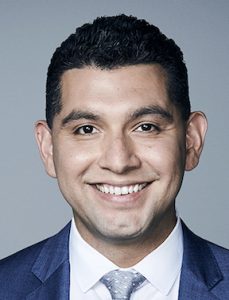 Correspondent Nick Valencia has again renewed his contract with CNN, keeping him on board for another two years.

Valencia has been with the cable news network for 11 years, starting out as teleprompter operator and working his way up as producer, before getting his big break as a national news reporter in 2013.

He got a title change to correspondent in 2015, when CNN renewed his contract.

“I’m a kid from Northeast LA living his dream. I feel like I’m a normal person who made it, and now has a seat at the table,” Valencia tells Media Moves. “I feel like it’s my job to standup for my community and represent…to make the most of this opportunity that I have been given. To be real, authentic and genuine. That’s what viewers want, that’s what they deserve.”