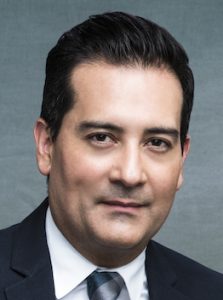 Gianncarlo Cifuentes is being promoted from News Director at Univision’s WUVG 34 to Regional News Director, overseeing news departments in Atlanta, Raleigh and Philadelphia.

The promotion is effective September 1.

Kevin Booker, Operations Director for North Carolina and José Irizarry, News Director at WUVP 65 Philadelphia will report to Cifuentes, who will continue to be based in Atlanta.

Cifuentes has been with Univision for 15 years, first joining the company as a promotions producer for KUVN 23 Dallas in 2002. He moved to Atlanta two years later for a job as reporter and anchor for the station. He became WUVG 34 News Director in 2011.

Prior to Univision, he worked for CNN en Español in New York, and later transferred to its headquarters in Atlanta.