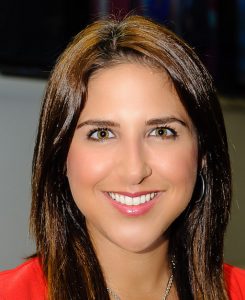 She’ll takes over her new role on Monday, October 2.