Fusion TV has announced a new programming slate that taps its “digital DNA” and resources from brands such as The Onion, Deadspin, Gizmodo and The Root.

According to Univision’s Fusion Media Group, the company’s digital portfolio reaches “over 100 million superfans a month online,” and they’re hoping to leverage that audience. 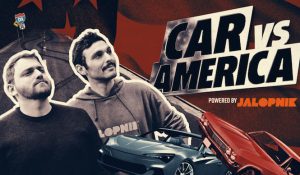 The documentary travel series “Car vs America,” powered by Jalopnik, will be the first television series produced in conjunction with a Gizmodo Media Group editorial team. It premieres Wednesday, October 18 at 8PM.

Fusion TV will also air several new specials, including seven-part series “Sex.Right.Now. with Cleo Stiller” and “The Root 100,” an annual list of the most influential African Americans aged 25 to 45.

The company says “this programming slate furthers FMG’s goal of expanding the reach of its digital brands across more platforms and formats.”