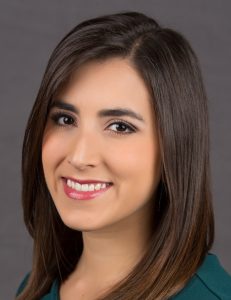 Camila Bernal has left Texas for a new reporter job in San Francisco. This is her first week at KRON 4 News.

The station has yet to set a date for her on-air debut.

Bernal arrives to the Bay Area from the KEYE-TV duopoly, where she was a bilingual reporter for Telemundo Austin and also contributed to the CBS station since 2015.

She previously worked as a reporter and anchor at KMID in Midland, Texas.

Before that, she was a digital producer for WTVJ, the NBC O&O in Miami, a freelance reporter for the Miami Herald, and a weekend producer for NBC Latino.