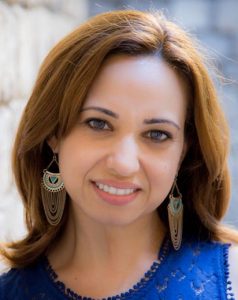 After a 20-year news producing career at WXTV Univision 41 in New York, Alexa Rodríguez is moving on… to the competition.

She has accepted a position as Executive Producer at WNJU Telemundo 47.

Her first day on the job will be Monday, October 30.

Rodríguez replaces Janette Luviano, who left the station to become the first news director for the soon-to-launch Telemundo O&O in Washington, D.C.