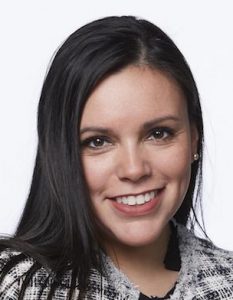 Janette Luviano will be the first news director for the new Telemundo-owned station in Washington, D.C., scheduled to be inaugurated in December when the network’s affiliate deal with ZGS-owned WZDC ends.

Luviano is tasked with launching and overseeing the station’s newscasts, which don’t yet have a debut date.

She arrives to D.C. from WNJU Telemundo 47 New York, where she was Executive Producer for the past 4 years.

Luviano previously lived in China, where she worked as a correspondent for Hola China magazine from 2010 to 2014. Before that, she was a Senior News Producer at the Telemundo Production Center (TPC).

Prior to Telemundo, she worked for Univision as Assistant News Director at KUVS 19 Sacramento from 2002 to 2006.