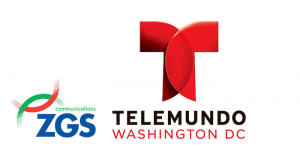 ZGS-owned WZDC has been a Telemundo affiliate in Washington, D.C. for the past 24 years. But that relationship is coming to an end.

NBCUniversal-owned Telemundo is terminating the affiliate agreement with its longtime partner ZGS to give way for the company to launch an owned and operated station in the nation’s capital.

“ZGS gave up its spectrum for the Washington, D.C. market earlier this year in the auction which gave us the ability to take back the Telemundo affiliation for this market,” a Telemundo Station Group spokesperson confirmed to Media Moves.

Several ZGS stations participated in the broadcast auction, with WZDC landing a winning bid of $66,182,037.

The Telemundo spokesperson would not address how many people would be hired for the launch, but at least 19 news, engineering, marketing and sales jobs were posted on the company’s career site, including news director, anchor, reporter, producer and videographer positions.

The new Telemundo-owned station will operate out of NBC4’s Washington, D.C. headquarters. It’s scheduled to launch in December 2017.

The move is similar to what Telemundo did earlier this year with Entravision’s XHAS in San Diego. Telemundo 33 – an Entravision affiliate – became Telemundo 20 San Diego on July 1, 2017.

Media Moves obtained the internal memo the station’s GM sent out to staff making the announcement:

The new station will operate from our Nebraska Avenue studios and will also include Spanish-speaking and bilingual sales and broadcast professionals.

I look forward to sharing more information about our new sister station at some upcoming town halls. Meanwhile, please feel free to share your thoughts and ideas for how our two stations will be able to work together and thrive.

Thank you for all you do every day to strengthen NBC Washington and NBCUniversal and the communities we all call home.