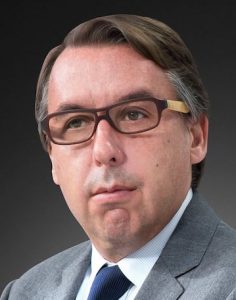 Emilio Azcárraga Jean is stepping down as CEO of Televisa after 20 years, amid programming and ad revenue troubles.

Televisa announced that Azcárraga will be replaced by two men – longtime company executives Bernardo Gómez and Alfonso de Angoitia, who will take over as co-Chief Executive Officers of Televisa on January 1, 2018.

Azcárraga, who remains Televisa’s controlling shareholder, will continue to lead the media giant’s long term strategy as Executive Chairman of the Board. He will also be directly responsible for Televisa’s soccer business, including the America soccer team, as well as for Fundación Televisa.

You can read more on my story in Forbes.