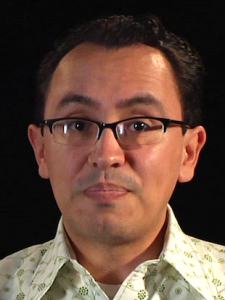 Journalist and author Gustavo Arellano, known for his syndicated column “Ask a Mexican”, has resigned as editor of alternative weekly newspaper OC Weekly.

His last day at the publication, where he worked for the past 15 years, was Friday, October 13.

During an interview on the live-streamed “Tom Leykis Show” that same day, Arellano said the paper’s new owner had asked him to lay off half his staff and he refused.

“I told them…no newspaper has ever cut its way to profitability,” Arellano told Leykis, pointing out that eliminating people “means less quality and less stories.”

Arellano said that in September, he presented Irvine-based Duncan McIntosh Co. Inc., which bought the publication from Voice Media Group in 2016, an alternative proposal in which he offered to help sell ads and even cut his own salary in half to prevent layoffs. If they didn’t agree with his plan, his resignation would be effective October 13.

Not having heard anything about his proposal, he approached the owner the day before the deadline. He was told to attend a meeting on Friday, where he was accused of being “untrustworthy” and given his final paycheck.

Arellano acknowledged “the newspaper industry is suffering,” but believed the paper was not currently in a situation that justified cuts “that decimates the paper.”

Arellano won’t be able to continue his “Ask a Mexican” column, because OC Weekly owns the copyright. Despite being unable to take his column elsewhere, he said: “I harbor no ill will to the paper.” 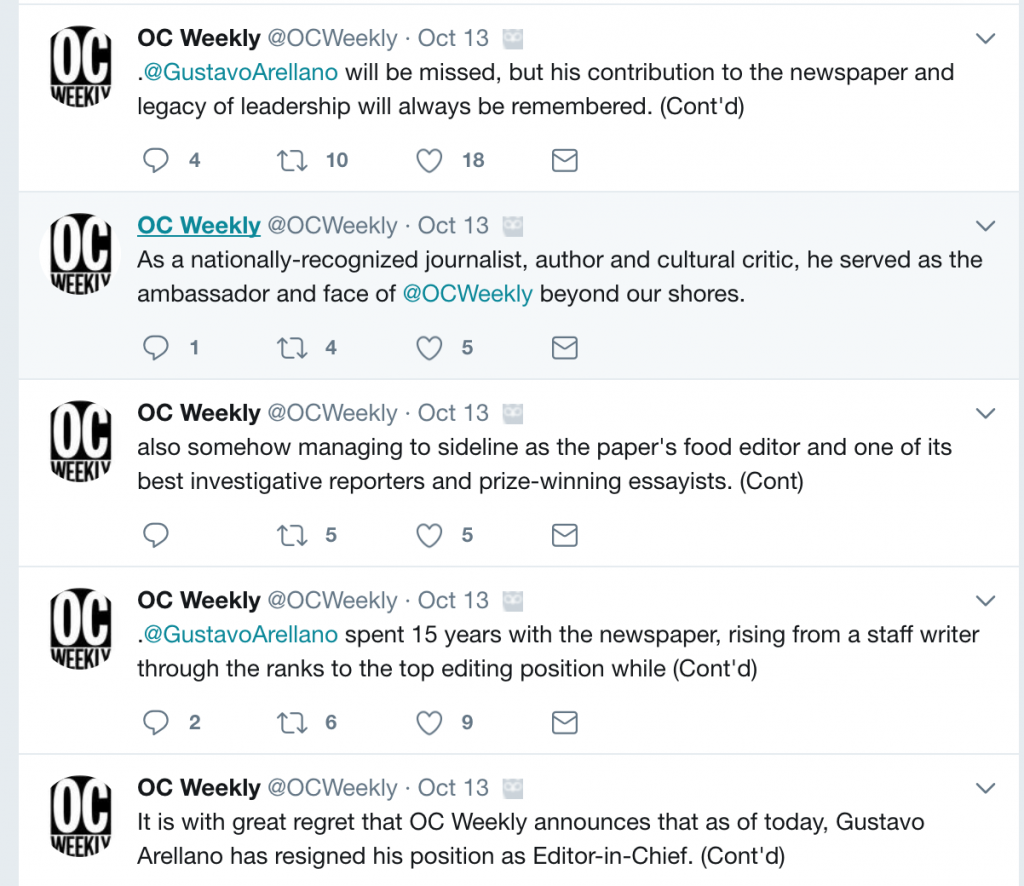