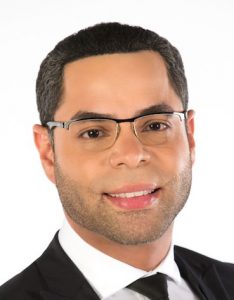 Endy Rodríguez has been promoted to VP of News at WNJU Telemundo 47, effective immediately.

He replaces Karen Méndez, who left the position in August.

Rodríguez will lead all day-to-day operations within the newsroom, oversee growth and engagement on all Telemundo 47 digital properties, and further expand collaboration with sister station WNBC on joint investigative and consumer news stories.

Rodríguez is a Telemundo 47 veteran, starting as a news department intern in 2001, landing his first job at the station as a field producer and assignment editor.

He worked his way up the ranks at Telemundo 47, eventually becoming executive producer and most recently, Assistant News Director – a role he’s held since January 2015.