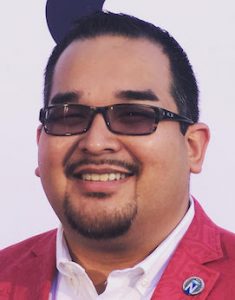 Joe Ruiz is leaving NPR for a more senior opportunity at CNN. He has been hired as Senior Weekend Editor for Politics at CNN Digital, also based in Washington, D.C.

“I’m looking forward to working with some of the best people in the industry as I focus on content production and strategy. That’s all I’ve ever wanted,” Ruiz tells Media Moves. “I’m getting a chance to work for one of the best news organizations on the planet, and on an important beat that resonates daily with almost everybody.”

Ruiz has been Weekend Editor for NPR digital since 2015. His last day is Sunday, October 22.

He starts at CNN on Monday, October 30.

Before NPR, Ruiz spent two years as Executive Producer of New Medi at KSHB, the NBC affiliate in Kansas City. His previous experience includes positions as Engagement Editor of NOWCastSA.com, Associate Producer for seattletimes.com and Web Editor for KSAT.com.