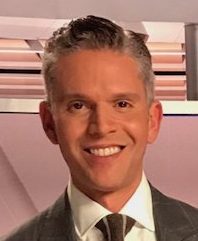 Rodner Figueroa is getting another chance in the TV business.

More than two years after Univision fired him over racist comments about first lady Michelle Obama, the fashion commentator and TV host has been hired at Telemundo.

Figueroa has already taped a promo announcing his return to TV, which has aired on Telemundo network and has been shared on his social media platforms.

After his firing in 2015, Figueroa wrote an open letter apologizing to the First Lady for comments he said were taken out of context. In the letter, he accepts responsibility for his “lack of judgment,” but insisted he could not “accept being called a racist by anyone,” because his own father is Afro-Latino.

Prior to joining Univision, where he worked for 17 years, Figueroa worked as a production assistant and producer at Telemundo.