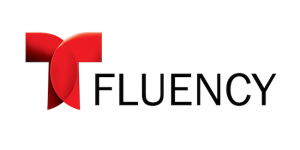 NBCUniversal Telemundo Enterprises is launching a new, bilingual multiplatform digital production studio called Fluency Plus, as part of an expansion of its Fluency Studios, created in 2013.

The studio will provide programming targeting the more than 13 million Hispanic Millennials and members of Gen Z, a growing audience that Telemundo says “identifies as bilingual and ambicultural, defined as “200%ers™” – 100% Latino and 100% American.”

The digital content will range from entertainment and lifestyle, to food, family, fashion, innovation and more.

Fluency productions will move from Los Angeles to Miami to leverage the latest digital technology in NBCUniversal Telemundo Enterprises’ new state-of-the-art global headquarters, which will open in 2018.

Fluency Plus will produce a variety of English and Spanish-language offerings beyond theatrical, including web and social-first series, mini-series, alternative, comedy and 360° virtual reality experiences.