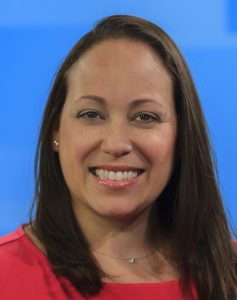 Raquel Amparo is doing a reverse cross-over from English to Spanish TV for a more senior role.

She replaces Samuel Belilty who left the position vacant in October to take over as News Director at Univision 23 Miami.

Amparo wraps up at CBS11 this week and starts the new job at Univision on Monday, December 4.

Amparo joined CBS Dallas as an Executive Producer in 2011 and was promoted to Managing Editor early last year.

She previously worked as a producer for Fox Television, as well as for CBS and NBC stations in Miami.