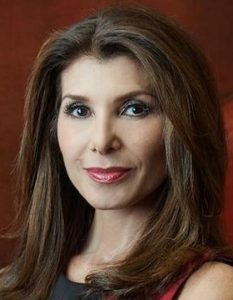 She will also join Calderón and Teresa Rodríguez as co-anchor of Sunday news magazine “Aquí y Ahora” and helm a new, yet to be launched Latin America-focused news program on all Univision News digital platforms, in addition to developing content for special programs.

Janiot says it was a difficult decision, so why did she leave CNNE after almost 26 years?

“The short answer is resources and commitment to investigative reporting and long format stories. That is a luxury in times when many executives in the media are eliminating their investigative units,” she tells Media Moves. “At CNNE we were focused on breaking news and the news of the day. That is what CNN does best. I had been waiting for this opportunity for years and Univision gave it to me, including the honor of working with a group of colleagues that I admire tremendously.”

Janiot announced her departure from CNNE on November 6, to pursue “new challenges.” That day, Media Moves reported sources had confirmed she would be moving to Univision as a network anchor in Miami.

A multi-award winning journalist, Janiot shared the anchor desk with Jorge Gestoso for over a decade, until he left the network. She has been the solo anchor of CNNE’s principal primetime newscast, “Panorama Mundial” since 2003.

Her new position marks a return to Univision, where she worked as an anchor at Los Angeles local station KMEX 34 and as host of “Buenos Días Nueva York” on WXTV 41 in New York, prior to joining CNN.

Beyond her work in journalism, Janiot is President of the non-profit organization “Colombianitos,” which helps underprivileged children affected by violence in her native Colombia.

In her CNNE on-air farewell message, she thanked several colleagues, giving special recognition to the late Abel Dimant, who was instrumental in getting her hired at the network and whom she called a mentor: