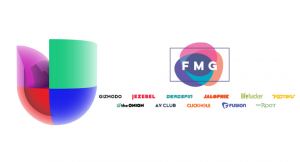 Univision is reportedly looking for investors to buy a minority stake in Fusion Media Group (FMG) for $200 million.

recode was the first to report sources revealed the media company had “hired bankers at Morgan Stanley and Raine Group to shop the deal.”

Univision’s EVP, Chief Communications Officer Rosemary Mercedes did not confirm the company’s interest in selling a stake, the size or even the price tag for potential investors, but acknowledged the value of the division.

“FMG is an important and growing part of our portfolio and we are committed to positioning it for continued success,” she said.

But FMG President Felipe Holguín sent a memo to staff addressing reports that Univision was looking for prospective investors for a slice of the unit.

You can read what he wrote in the internal memo and more details on Forbes.