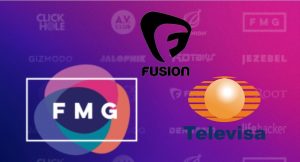 Televisa will operate Fusion MX, which will feature locally-produced programming targeting Mexican millennials, as well as local versions of shows originally developed for Fusion in the U.S.

The new cable network will be distributed across several national providers reaching nearly 14 million Mexican households. The deal has the potential for additional distribution across Latin America.

The multi-platform agreement with Televisa covers digital and television.