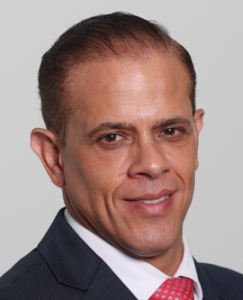 José Javier Pérez has moved from San Juan and his job as an editor at El Nuevo Día to become an Orlando-based correspondent for the newspaper’s parent company GFR Media.

He’ll be covering the mass exodus of Puerto Ricans fleeing the island’s financial crisis and the issues they face in the U.S.

“Over the past 10 years there has been a huge migration from the island to Florida, where there is now an estimated 1.3 million Puerto Ricans,” says Pérez. “Almost everyone on the island has family or friends that are living here. So we’ll be producing socio-political news on this community for people back home and for Puerto Ricans who live here now.”

Pérez says GFR Media had been contemplating establishing a bureau in Central Florida to cover news about the growing diaspora for a long time and were in the process of setting up news gathering operations in Orlando when Hurricane María hit the island.

“With the conditions what they are in Puerto Rico – it’s gotten very expensive to live there, the destroyed infrastructure and other problems – it’s expected another half million people will move to the United States in 2018 – about half of them to Florida. The company had to step on the accelerator to get up and running here.”

Pérez emphasizes that GFR decided to invest in an Orlando-based correspondent prior to the hurricane. In fact, he moved to Orlando to start setting up in August – a month before María struck the island.

Pérez says he’ll be generating daily content with a focus on digital and video, working closely with photographer Carla Martínez.

“When the opportunity for the correspondent position came up, I took it. I wanted to get back in the field and write,” says Pérez, who has worked for El Nuevo Día in multiple capacities for over 25 years.

The company has yet to make a formal announcement about the launch of the bureau.

This marks a return for El Nuevo Día to Central Florida, which for 5 years operated a daily newspaper in Orlando until it was shut down in 2008 due to the U.S. recession. At that time, 50 employees who worked at El Nuevo Día Orlando lost their jobs.