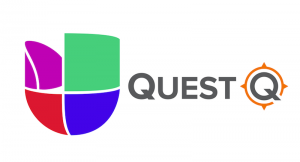 Univision has partnered with Cooper Media to bring free over-the-air adventure and exploration television network Quest to several of its local markets.

As part of the Q1 2018 launch, Quest will broadcast on eight Univision station digital subchannels in Los Angeles, Philadelphia, Miami, Orlando, Raleigh, Fresno, Bakersfield and Albuquerque. The plan is to roll out in additional markets through 2019.

This is the second partnership with Cooper Media this year. In September, Univision added distribution of the Justice Network in 11 of its markets, including New York, Los Angeles, Chicago, Philadelphia, Boston, San Francisco and Miami.