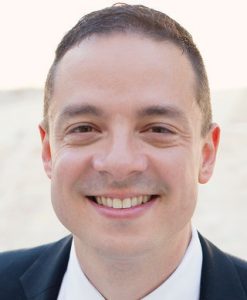 Pedro Javier González has been named SVP of Programming for iHeartLatino, based out of Miami.

González will work with Santos and Hardin to oversee the iHeartLatino brand and programming strategy and help recruit top programming and on-air talent. He’ll also work with the artist relations department to plan and book talent for iHeartRadio Fiesta Latina.

Santos teamed up with iHeartMedia in September 2016 to develop iHeartLatino, a Hispanic multi-platform initiative building on his profile within the Latino community and iHeartMedia’s reach of more than a quarter of a billion listeners monthly.

The iHeartLatino division aggregates iHeartMedia’s portfolio of Hispanic targeted programming and content across broadcast, digital and social platforms, as well as live events.

Prior to joining iHeartLatino, González spent 12 years at Univision, where he was most recently VP of Content, responsible for branding and content strategies across radio and all digital platforms for the New York, Miami, Chicago and Puerto Rico markets. Before that, he was VP of Programming for Univision Radio’s East Coast Region.

He previously worked as VP of Programming at Uno Radio Group in Puerto Rico.