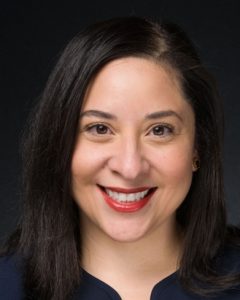 The Smithsonian has hired former ZGS Station Group President Julissa Marenco to become its next Assistant Secretary for Communications and External Affairs.

Her first day will be Monday, February 12.

Marenco was most recently Chief External Affairs officer and Senior Advisor at the Federal Communications Commission.

She previously spent 10 years with ZGS Communications – starting as National Sales Manager in New York in 2001, before joining Telemundo D.C. affiliate WZDC as its General Sales Manager a year later. She was promoted to GM in 2003, staying in that post until 2007.

After taking a one-year break to become a White House Fellow in the Environmental Protection Agency, she returned to ZGS as President of the station group from 2009 to 2013, overseeing the company’s 13 Telemundo television stations and three radio stations.