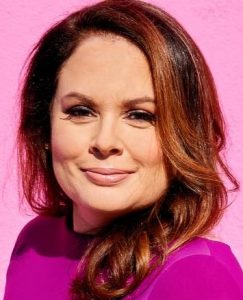 In her new role as President and COO, Rodríguez will oversee daily operations of UCI’s television networks and play an integral role in developing and executing the networks’ strategies.

According to Univision, setting up a new organizational structure under a single leader “will support enhanced execution internally with all network operation functions – including production and entertainment, scheduling and programming research, the Univision Agency, and multiplatform media strategy and planning,” as well as enable a more strategic partnership with other business units and facilitate a “stronger and more unified partnership with Televisa.”

In the new structure, Lourdes Díaz, President of Entertainment, will report to Rodríguez.

As CMO of UCI, Rodríguez will continue to oversee research, consumer branding and messaging, corporate marketing, branding initiatives and campaigns, and branding analytics, among other functions.

Rodríguez joined Univision in 2001, serving in multiple roles and working her way up to VP and Station Manager at the company’s Puerto Rico station, before moving to the network, where she was promoted up the ranks.