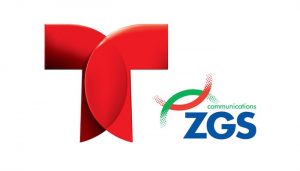 According to the company, the transaction was completed yesterday, January 31, 2018.

With this purchase, Telemundo Station Group will expand its market footprint from 18 markets to 24 markets in the U.S. and in Puerto Rico.

In December, Telemundo struck a $75 million deal to buy all ZGS stations – 13 in total. The applications for the other four are still pending.

Telemundo Station Group and ZGS Communications filed license assignment applications in December 2017 for the stations in Washington, D.C. (WZDC) and Hartford, CT (WRDM), which were granted by the FCC on January 30. Both stations will soon broadcast on-air notifications, alerting viewers of upcoming changes in their markets. The Telemundo stations in Washington and Hartford are currently operated by WRC-TV and WVIT, respectively, through Local Marketing Agreements (LMAs).

Applications to acquire the stations in Providence and Raleigh will be filed when the channel sharing arrangements in those markets have been finalized.