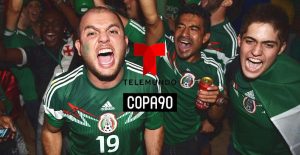 To get the ball rolling, Telemundo will conduct a nationwide search for bilingual soccer influencers they can train to effectively share their passion for the game on digital and social media.

This new content creator network will be called “El 12,” making reference to the “super soccer fans” as the 12th member of the teams they’re rooting for.

Details on how they’re reaching out to fans to participate, the selection criteria for the content creators and why Telemundo is launching the initiative are available on my story in Forbes.