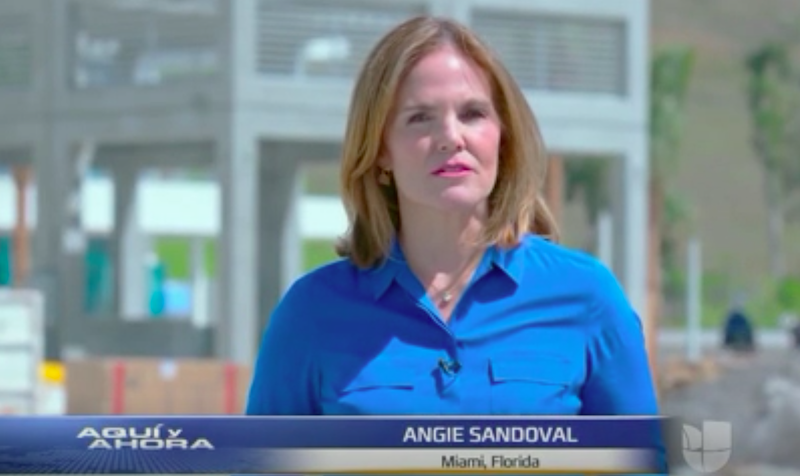 Angie Sandoval, a network news correspondent who lost her job in February during a round of layoffs at Telemundo, has been picked up by Univision.

Sandoval has started freelancing as a news correspondent for the rival network.

A spokesperson for the company confirmed she will also be freelancing for “Noticiero Univision.”

Sandoval worked at Telemundo – first at local station WSCV 51 and later at the network – for 27 years.