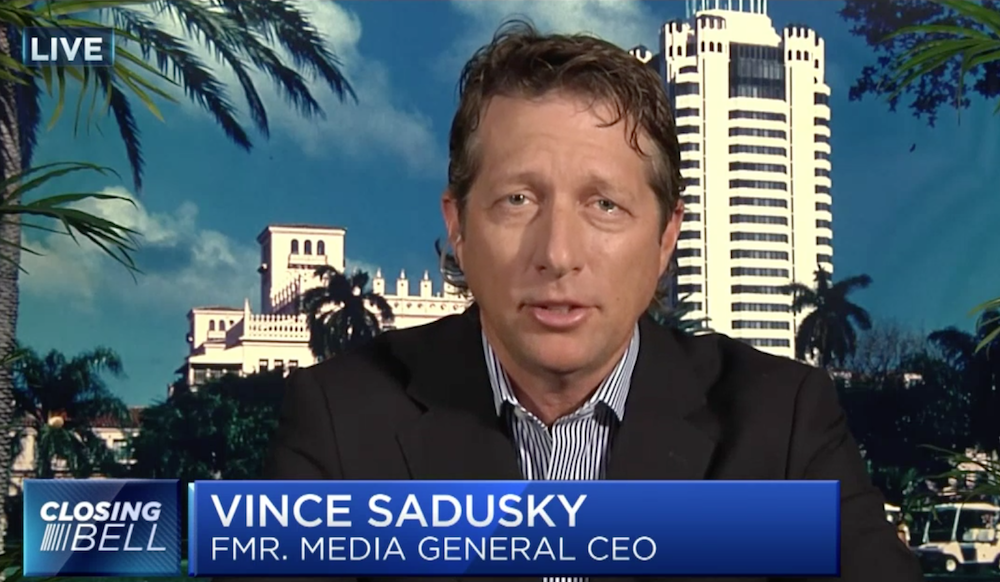 Bloomberg and the Wall Street Journal are reporting Univision has tapped former Media General top executive Vincent Sadusky as the company’s new CEO, replacing Randy Falco, who announced he will be retiring from the post in March.

Both publications say sources with knowledge of the hire revealed the move.

A Univision spokesperson told Media Moves they were not commenting on the stories.