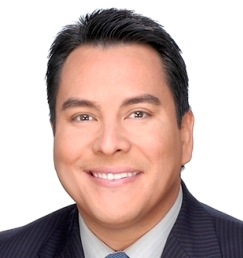 “This is a grass roots effort to give some attention to the large Latino sports fan base in the U.S. that wants more than just soccer talk, soccer reports, and soccer analysis,” he says. “We give them their fútbol, but also their Major League Baseball, NFL, NBA, Boxing, and even Mixed Martial Arts “coverage. I want to cater to the legion of fanáticos that may also feel ignored by the mainstream sports media that seemingly would rather talk about Tiger Woods, than the sports that truly matter to the Latinos in this country.”

The show, which started on the Web on March 4, podcasts live in Spanish on Sunday and in English on Monday nights at 9 pm. Adrián hosts Deporte en Mente,” featuring Mitch Zaralegui and a revolving panel of bilingual younger generation of journalists.

“The revolución has started,” says Adrián. “I say revolución because this is a revolt against the reporters, announcers, anchors, writers, en español in particular, that have blocked or still attempt to block our way, because we are bilingual journalists that enjoy covering American sports as well. I’m tired of hearing from these older ‘colegas’ that soccer is all Latinos care about. For this modest effort, I have gathered a good group of periodistas that share my sentiments to establish a new bilingual sports republic, where all sports roam free.

Adrián currently serves as play by play announcer and host for Fox Sports en Español, is a reporter and guest host for ESPN Radio in L.A. and a columnist for Béisbol Mundial magazine. Until June of last year, he was the morning news anchor for KVEA-52, where he started as weekend sports anchor. He previously worked as sports anchor in Telefutura’s Contacto Deportivo.