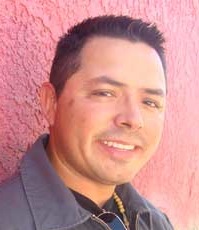 Edgar Ybarra, a news photographer for KOLD News 13 in Tucson, gets his first film break. “La Ultima Playa,” a Spanish-language drama he wrote and produced on a $500 budget, premieres tonight at the 6th annual Nuestras Raíces festival.

Edgar filmed the movie in bits and pieces from October 2006 to September 2007, working on it during his days off and after work. Here’s a link to the movie’s trailer.