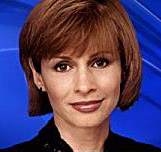 After almost 2 years, there’s a settlement in the lawsuit KMBC-9 anchor woman Maria Antonia (pictured) and 2 other women filed for age and gender discrimination.

In November of 2008, Maria Antonia, who had been anchoring at the station for 25 years, was pulled off the anchor chair. Back then, she told the Kansas City Star that the station’s general manager swore she would never anchor at channel 9 again.

In a very brief press release, Kansas City’s KMBC-9 announced it resolved “on amicable terms its differences with three of its employees: Kelly Eckerman, Maria Antonia and Peggy Breit and that “the three employees will remain at the station.”