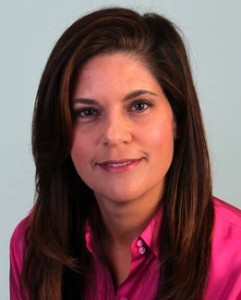 Aminda “Mindy” Marqués González today was named Executive Editor of The Miami Herald. She replaces Anders Gyllenhaal, who was promoted to VP for News and Washington Editor for McClatchy, the paper’s parent company. According to the Herald, the changes are effective Monday.

Aminda, who was most recently the paper’s Managing Editor, has worked her way up the ladder at the Herald, where she began her career as a reporter in 1986. With the exception of a 4-year break, during which she became the Miami bureau chief for People magazine, Aminda has always worked at the Herald.

She is now one of two Latinas in top management at the paper. Myriam Marquez was named Editorial Page Editor in May of 2009.