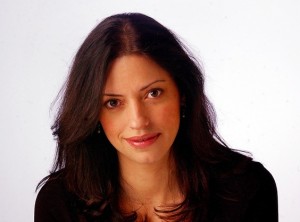 Cindy Rodriguez was named Journalist-in-Residence at Emerson College in Boston for the 2011-12 academic year. The former Boston Globe and Detroit News reporter and columnist will be teaching undergraduate and graduate courses in multimedia journalism.  She starts the new job on August 24.

“It’s an exciting time to be heading to Emerson, as the journalism department is embarking on a new curriculum that will require all students to be well versed in all platforms of journalism,” Cindy tells me.  “There will be no broadcast major, no print major. Every student will learn how to produce stories in print, audio, and video, and — most important — how to conceive and craft compelling news stories and narratives. For some, this may seem like a radical approach, but this is exactly what journalism schools should be doing considering the direction of industry and the demand for news delivered in multiple platforms.”

Cindy is currently an International Reporting Fellow at the International Center for Journalists.  For her reporting project, she spent three weeks in Israel reporting on the struggles of Orthodox Jewish gay men. Her story will be published this summer.

She is a former Vice President-print of the National Association of Hispanic Journalists.