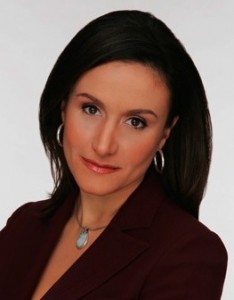 Michelle Caruso Cabrera is moving on from her “Power Lunch” co-anchor job at CNBC.  She has just been named Chief International Correspondent for the NBCU’s business network.  She will be based in New York.

Michelle has been reporting from Europe this past summer, most recently in Greece, where she has been covering the economic crisis there.

Michelle has been with CNBC since 1998.  She was previously spent 4 years as a general assignment reporter for WTSP-TV in St. Petersburg.  Before that, she was a special projects producer for Univision.