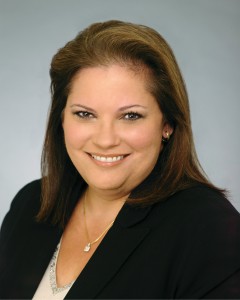 Just a few minutes ago, Telemundo made it official.  Alina Falcón has been named Senior Executive Vice President, News and Alternative Programming. I first reported the news 6 days ago.

She starts the new job in early December. She will report to Emilio Romano, President, Telemundo Media.

Alina will have strategic and operational oversight of all Telemundo news properties including the long-running “Al Rojo Vivo with Maria Celeste,” “Noticiero Telemundo” and the Sunday public affairs show “Enfoque with Jose Diaz-Balart.”  She will also supervise the overall news programming strategy at the local Telemundo stations, as well as the network’s  domestic and international news bureaus and all on-air news talent developments.

Alina served as President of the News Division for Univision Communications until December of last year, when she was replaced by Isaac Lee.  She had been with Univision in several management positions and had worked for that network for 28 years.