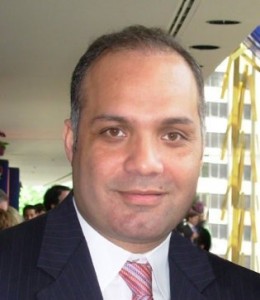 Ronald Day, VP of programming and promotions for the Univision Network, is no longer with the company. A Univision spokesperson has confirmed he has resigned, but insiders tell me his departure was not amicable. I’m told he was unceremoniously fired yesterday.

Ronald had been with Univision for 20 years. He started as a producer for “Cristina” and worked his way up the ranks. He moved over to Telefutura as VP of Programming and Promotions for Telefutura when the network launched in 2002.

In March of 2010, he was appointed VP of programming and promotions for the Univision Network, replacing Otto Padrón.

The twitter sphere is buzzing with the news of his departure from Univision – and with very unkind words. He is attributed to being responsible for the dismissal of several on-air personalities, including Cristina Saralegui and Ana María Canseco.