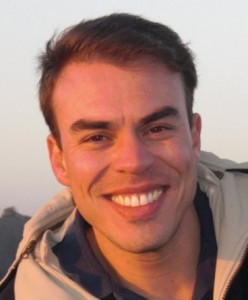 “I’m going to this new job with all the energy and best intentions in the world to make it the best newscast possible,” he says. “We’ll first have to define strategies and then take the existing product to the next level. I’m ready for the challenge.”

The biggest challenge he’ll face is rebuilding credibility and an audience. KSTS was one of the Telemundo local news operations NBCU dismantled in 2006, replacing the newscast with a hubbed product beamed from Dallas. That’s where the parent company established the Telemundo Production Center (TPC) that produced regionalized newscasts for several top 10 Hispanic markets.

Telemundo started bringing back local news to those markets in February of 2010. KSTS 48 in San Jose was one of the stations to get a skeleton crew and launch a local newscast after a 4 year absence.

Freddy was most recently Executive Producer of Telefutura’s late night show “Noche de Perros,” which was cancelled in April, after only 6 months on the air. He had previously worked in different capacities within Univision since 2003, starting as Executive Producer of Fresno’s KFTV 21 morning magazine show “Arriba Valle Central,” and taking over the general producer job when the station launched weekend newscasts in 2004. He moved to the network in 2006, where he was a producer for the network news and the weekend edition of “Primer Impacto.”

In 2010, he was named Executive Producer of Telefutura’s court show “Veredicto Final” prior to taking over the launch of “Noche de Perros.” When the show was cancelled, he joined the production team for “Al Punto.”

Prior to Univision, he was a reporter, anchor and later Manager of “El Observador,” the morning national newscast of Venezuela’s RCTV cable network.