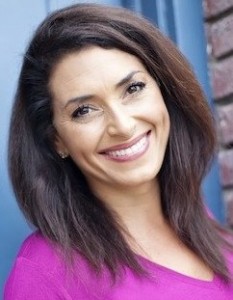 Francesca Maxime started a new job this week as weekday anchor at Ebru TV.  She was most recently a freelance reporter at WPIX in New York.

Francesca is thrilled she was able to find a job that allows her to stay in New York. But… what is Ebru TV?

“It’s pretty much all international news, like a BBC America or Al Jazeera English. It’s shown here in NYC on RCN Channel 53, and also in Africa and in Europe,” she tells me.”The people are great and it’s amazing to have a Monday-Friday gig again, where I can plan my life, and get back to anchoring after a year and a half in the field and off the desk.”

Ebru TV is a cable network launched in 2006. The network broadcasts 24 hours in English to viewers across the United States.