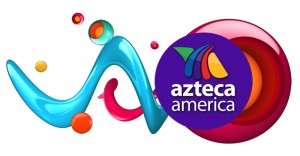 It’s the year for image makeovers among the Spanish-language networks.  Telemundo was the first to unveil its new logo in May, giving the network a new on-air identity.

Less than two weeks ago, Univision revealed a spruced up logo and new tagline “Hispanic Heartbeat of America.”

And today, Azteca América, is proudly displaying its new image with the tagline “Tu Casa,” which will be part of the new branding.  The network’s new look was presented on Sunday night during the network’s music reality show “La Academia.”

“The new image is very modern, reflecting the way we see our audience and how we want to be portrayed: looking ahead and into the future,” says Martin Breidsprecher, CEO of Azteca America.  “The colors and design evoke the diversity of our audiences and programming.”