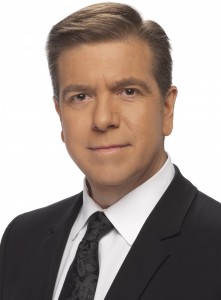 Until December of 2011, Raúl was the lead anchor of the weeknight newscasts at KMEX-34 in Los Angeles – a job he held for 6 years.  In October of last year, Univision network executives removed Raúl from the anchor desk of the highly-rated newscast to give the job to León Krauze, who was brought in from Mexico’s Televisa. At the time, Raúl was named Sr. West Coast Correspondent for Network and Affiliate News, but has not been on Univision air since December – apparently on an extended leave.

Raúl began his U.S. television career in 1991 as co-anchor of Univision’s “Noticias y Más” (later renamed “Primer Impacto”). From 1993 until 2001, he was a news anchor for CBS Telenoticias,Telemundo Network and KVEA-52.  He worked in Mexico for a few years before returning to Los Angeles and the anchor position at KMEX.