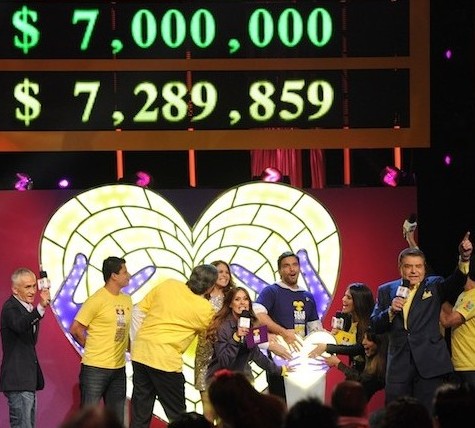 13.9 million viewers tuned in to watch all or part of the 28-hour “TeletónUSA,” which was broadcast on the Univision Network, Univision America AM radio network, and live streamed on Univision.com over the past weekend.

Univision Network and Fundación Teletón today announced that the first “TeletónUSA” raised $8,150,625 million for the benefit of children with disabilities, cancer and autism in the United States.

The TV fundraiser was hosted by Sábado Gigante’s” Mario Kreutzberger, aka Don Francisco and founder of Teletón in Chile in 1978, mirroring Jerry Lewis’ legendary MDA telethons.

Here are some ratings highlights*:

*Nielsen data was provided by Univision.