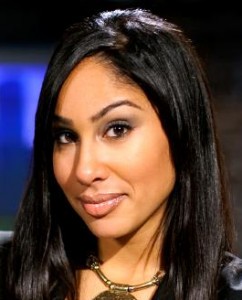 Nefertiti Jáquez is leaving KPRC in Houston at the end of the month.  She’s moving back to Philadelphia, where she starts a new job as a reporter at NBC10 in January.

“I’m very excited about moving back to Philadelphia. While I’ve enjoyed my time in Houston, I’ve missed my family and friends in the northeast,” Nefertiti tells me. “It will be tough to leave the weather and people of Texas though. From the moment I started at KPRC the community embraced me and I can’t thank them enough.”

Nefertiti has been a reporter and fill-in anchor at the NBC affiliate in Houston since January of 2010. She previously spent 3 years as a general assignment reporter at WTXF-29, the Fox O&O in Philadelphia.  Before that, she was a reporter at  WFOR in Miami from 2004 to 2007.

Nefertiti doesn’t have an exact start date, but she says: “I will be taking some time to get myself situated… then it is back to work!”